The S&P 500 fell 1.9% this week due to the Federal Reserve's policy-setting committee signaled it may raise interest rates sooner than previously anticipated.

This week's tumble concluded a two-day Federal Reserve meeting with a median projection that it will raise its benchmark rate to 0.6% from near zero by late 2023. This is a change from the original projected near 0% rate increase through the year. The central bank's officials also discussed eventually tapering its bond-buying program.

Amid the change in tone from the FOMC, the materials sector had the largest percentage drop of the week, down 6.3%, followed by a 6.2% decline in financials and a 5.2% slip in energy. Technology managed a 0.1% increase, being the only sector that managed to rise versus last Friday's close.

Next week's economic data will include updated readings on the housing market and the manufacturing and services sectors. Thursday's data releases will include revised Q1 gross domestic product while Friday's data will feature May consumer spending and June consumer sentiment.

Top 4 Reason to Travel with Carry-Ons! 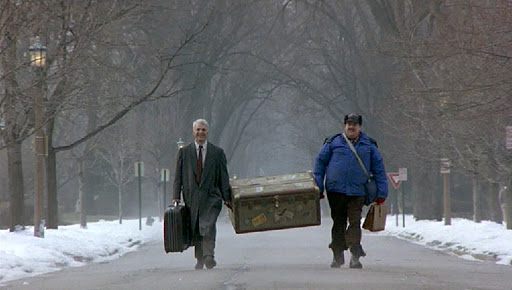 Have any trips planed for the summer? Here's the top 4 reason that travelling with only carry-on's might just make your trip!

Travelling has become very expensive in the last year and no one wants another added expense to their trip!

2) Your luggage won’t get lost or delayed

It's happened to all of us at least once....the dreaded lost luggage. This can have your trip get off to a bad start, so maybe the best insurance for happiness is packing a lighter load?

The time save can be effective before, during, and after the trip! The last thing you want to do getting home from a vacation is a bunch of unpacking!

4) Easier to get around

No one wants to end up like Steve Martin from Planes, Trains, and Automobiles. If only he would have had a lighter load, he might have beat Kevin Bacon to that NYC cab.

Where are you traveling this summer?