The S&P 500 had fireworks this past week, rising 1.7% and now up almost 16% on the year! Friday also marked the index's seventh consecutive daily gain; it hasn't had such a long daily winning streak since August.

The June jobs data released Friday showed the strongest monthly job growth in 10 months. However, unemployment rate moved up slightly to 5.9% in June from 5.8% in May, versus expectations for a decline to 5.6%.

Most sectors in the S&P 500 rose this week, led by technology, up 3.2%, but the energy sector fell by 1.1%.  Not too much news is expected to brew up this week in the financial news headlines, but hey it's America and it's 2021, so always be on your toes!

Let's take a look at the sectors from this past week! 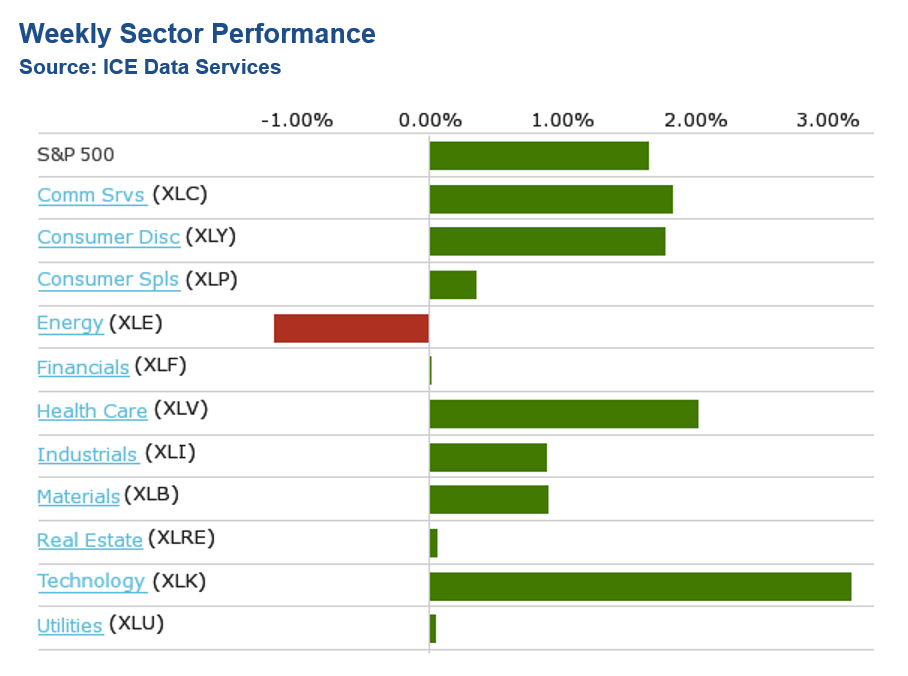 Low mortgage rates, high demand for homes and a limited supply of existing homes have pushed the cost of housing through the roof. In May, U.S. home prices were 23.6 percent higher than they were a year ago. The median sale price for an existing home was $350,300, and properties were selling at a rapid clip. Sales were constrained primarily by a lack of inventory and reduced affordability, reported the National Association of Realtors (NAR).

Housing prices are higher around the globe. Sweden, Denmark, Russia, Canada, South Korea, Taiwan, the United Kingdom, and other nations have seen home prices increase, too, reported Delphine Strauss and Colby Smith of the Financial Times.

While high demand and rising prices are good for homeowners, the phenomenon has economists and policymakers worried. “…The runaway market holds two concerns…First, prices could spiral into bubble territory, making economies vulnerable to a sudden market correction that would hit household wealth…Second, home ownership could become even more unaffordable for young people and key workers."

How has the housing market impacted you?