The S&P 500 index fell 2.8% this past week and is down this week following a mixed quarterly earnings reports and signals that the Federal Reserve's policy-setting committee may raise interest rates by a half-percentage point in May.

This marks the S&P 500's third consecutive weekly decline. With just one week of April remaining, the index is now down 5.8% for the month to date. It is down 10% for the year to date.

This week's drop came as US companies' quarterly earnings reports continued to come in with mixed results and The Federal Reserve's Federal Open Market Committee may raise rates in May by a half-percentage point. Such a move would be larger than the quarter-point increase that was made at the last meeting. The potential for more aggressive monetary tightening has contributed to some trepidation from investors.

In communication services, shares of Netflix (NFLX) tumbled 37% this week as the video-streaming company reported mixed Q1 results and a sharp decline in subscriptions. Netflix led the way for all sectors falling other than real estate, up 1.2%, and consumer staples, up 0.4%.

The economic calendar for next week will be heavy on housing and inflation data. Among the reports expected, March new home sales will be released Tuesday, followed by March pending home sales on Wednesday, and March personal consumption expenditures or PCE on Friday. 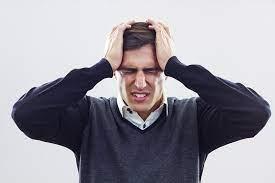 Consumer Sentiment Index is down 25 percent from April of last year. It’s a remarkable change when you consider what has happened in the economy over the last 12 months. For example: