Here’s a riddle: How can inflation be 8.5 percent and 6.5 percent at the same time? The answer is that it depends on how you measure it.

Determining how quickly prices are rising or falling – and where they may be headed in the future – is not simple. In the United States, millions of goods and services are bought and sold every day – shelter, food, transportation, energy, water, education, childcare, equipment and tools, medical care, furnishings, apparel, trash removal, and much more.

Last week, the Bureau of Labor Statistics (BLS) reported that CPI headline inflation was up 8.5 percent in March, and CPI core inflation was up 6.5 percent.   The BLS does not collect every price in every part of the United States. It gathers prices in 75 cities, collecting data from about 6,000 households and 22,000 department stores, supermarkets, hospitals, gas stations, and other establishments. So, the CPI is a measurement that reflects the experience of urban consumers.

CPI headline inflation Last week, the CPI showed that headline inflation, which includes all price changes collected, was up 1.2 percent from February to March, and up 8.5 percent for the 12-month period that ended March 31. The largest increases in the CPI were:

The BLS also reported on core inflation, which is the CPI minus food and energy prices, and was lower than headline inflation. The core CPI was up 0.3 percent from February to March, and up 6.5 percent for the 12-month period that ended March 31. In summary headline CPI is where we've been and Core CPI is where we are going to be... 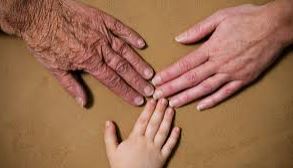 In the United States, we often describe groups of people by applying generational labels – Baby Boomers, Gen X, Millennials, and so on. Researchers use these generational cohorts to better understand formative experiences, world views, aging processes, and other issues. See what you know about generational demographics by taking this brief quiz.

Want to know to the answers to the quiz? Let us know!