The S&P 500 rose 1.3% this week, lifting October's monthly advance to 6.9%, as US corporations' Q3 financial results continued to come in mostly above estimates.

Friday was the final trading day of October, which started Q4 on a strong note and wiped out the S&P 500's 4.8% September slide. With just two months remaining in 2021, the index is now up nearly 23% for the year to date.

The consumer discretionary sector had the largest percentage increase of the week, up 4%, while financials fell 0.9% and energy shed 0.8%.  The consumer discretionary sector's gainers included shares of Tesla (TSLA), which rallied 22% this week to record levels and sent the electric car maker's market value above $1 trillion following an order for 100,000 vehicles from car-rental company Hertz Global.

Reports to watch for include ADP's October private-sector employment numbers on Wednesday, followed by the LOD's weekly jobless claims on Thursday and monthly nonfarm payrolls on Friday. 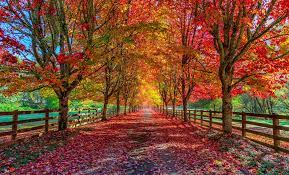 November is chock full of holidays. Thanksgiving, Veteran’s Day, Dia De Los Muertos, Diwali, Hanukkah, and Giving Tuesday are widely celebrated, and there are a significant number of less widely celebrated holidays on the calendar, too. These include:

Here are two tree things you can talk about on National Absurdity Day: (1) Tulips were once more valuable than gold; and (2) There are almost 100 holidays in November.

What do you have planned for November?